Classroom crowding was a big issue at West Jackson Middle School in Jefferson, Georgia, so the school was split into two schools, and then remodeled to accommodate the growing number of students. The project called for expanding the cafeteria, media center, band room, and the development of a new wing. DCO Commercial Floors helped specify the products for this job using Tandus and Centiva (Tarkett). The seven-week summer break was a tight schedule to work with already. Selections were made and the contract was awarded late in the game, so both Tandus and Centiva (Tarkett) went above and beyond in the middle of the summer to have the product made and shipped in time to install. On top of the tight schedule, there were many other trades that DCOCF had to sequence work around on the project as well.

The hallways were covered in poured Terrazzo with a Terrazzo base. DCOCF had to prime and prep over the existing Terrazzo and apply the LVP directly to it. DCOCF also did all the demo on the project. DCOCF had to remove all the Terrazzo base on the walls without damaging the block wall behind it because a rubber base had to be installed. One corridor had a gear design in the LVP that had to align perfectly to fit the hallway. The front entrance had a massive 34’x48’ logo that was installed by DCOCF, all while other trades were maneuvering through the entrance with their own products and tools. The hallways consisted of three different types of LVP, on top of the not including the gears mentioned previously. The cafeteria had an existing slab with an addition added to it that was a new slab. DCOCF had to do major grinding and self-leveling work to obtain a slab that was capable of receiving the LVP. Between the demo crew and the installation crew, DCOCF had as many as 15 men on site at any given time in order to meet the project’s accelerated schedule. Through all the challenges, the school was ready with new floors in place before the bell rang on the first day of school. 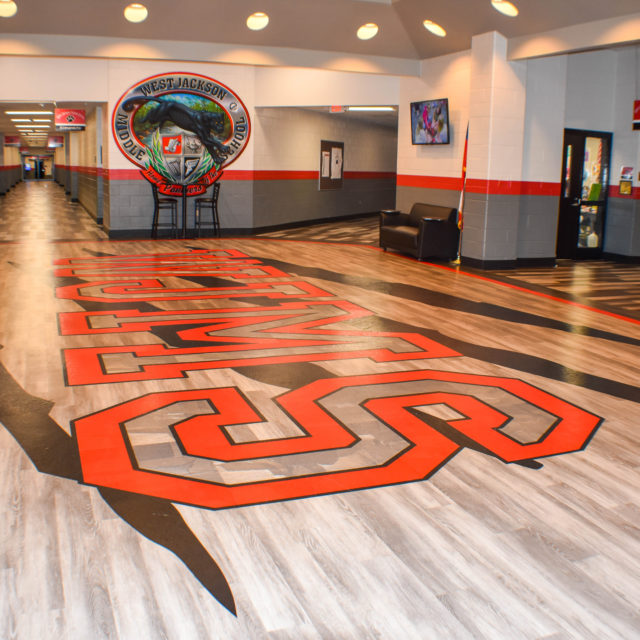 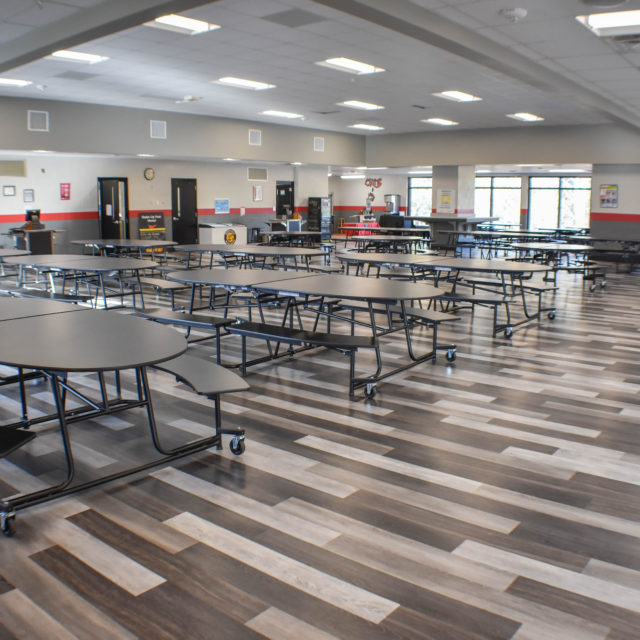 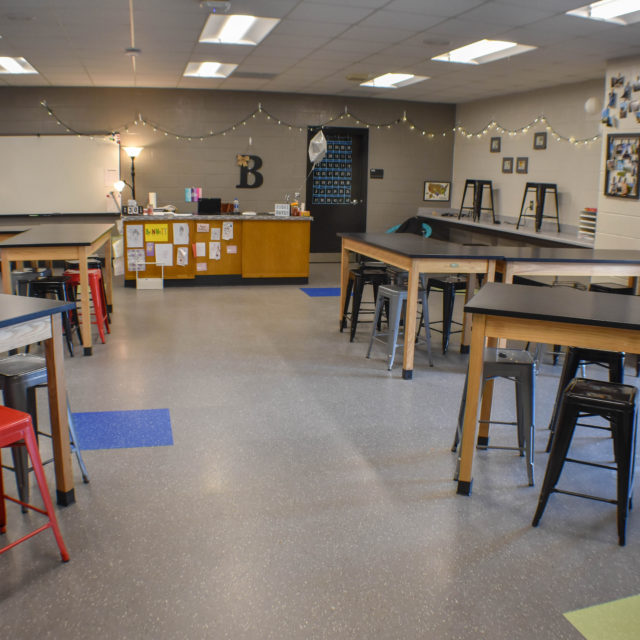 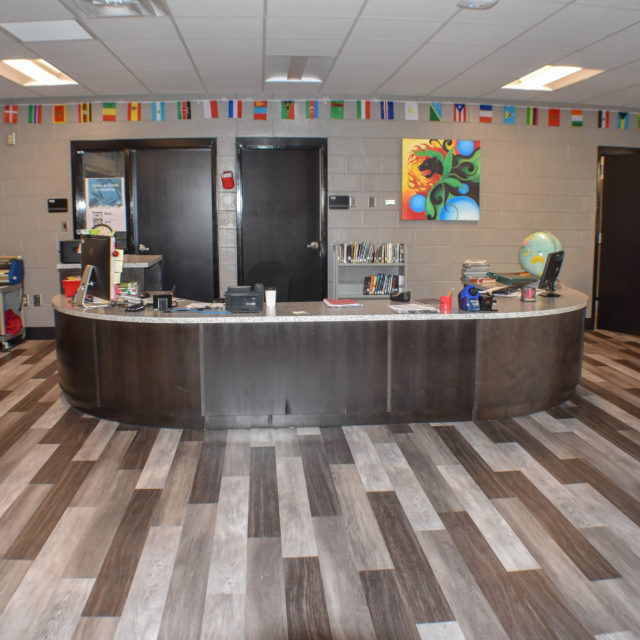 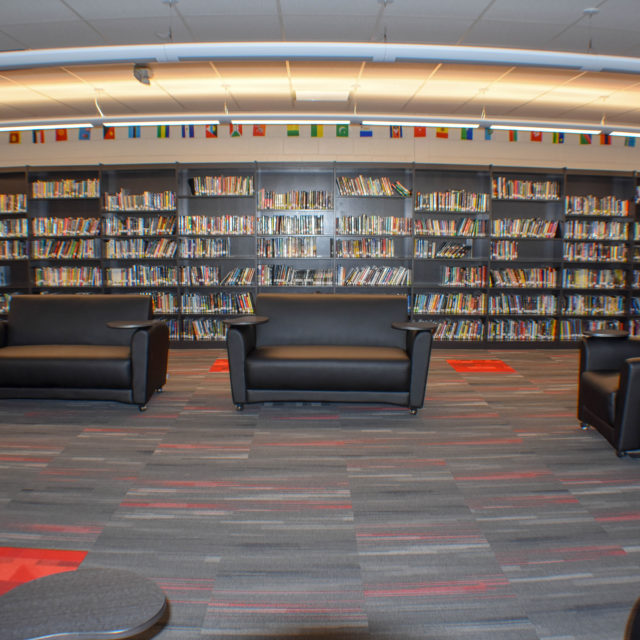