The Fox Theatre’s most significant expansion and its biggest financial undertaking since the opening of the popular venue in 1929, Marquee Club, opened its doors to the public in May 2018. Marquee Club comes complete with multiple bars, Moroccan-style lounges, and rooftop views of Atlanta’s iconic Peachtree Street. The $10 million 10,000-square-foot event space renovation is making the Fabulous Fox Theatre more fabulous than ever. There were areas of the nearly 90-year-old building that had never been touched. The project remade the northeast corner of the theater, which once housed a jazz club, and a 4,000-square-foot piece of the extravagant building’s rooftop that spans over the theater’s arcade and connects to the Egyptian Ballroom.

DCO Commercial Floors (DCOCF) was selected to supply and install the carpet in the newest addition of the 90-year old Fox Theatre. The venue has truly become a legend in its own right, showcasing unforgettable performances by everyone from Elvis Presley to Madonna, and playing host to countless Broadway shows. Each year, the award-winning theatre hosts more than 250 shows and half a million visitors for its legendary offerings.

Apart from the talent that has adorned its stage, audiences, historians, and tourists alike flock to the famous theatre to amaze in its grandeur firsthand. The fanatical design comes from ancient temples of the Far East to inspire a mosque-style structure. Storied architectural gems like the Alhambra in Spain and Egypt’s Temple of Kharnak heavily influenced the building’s elaborate and intensely ornate design.

The intricate Moorish grillwork, plush fabrics, and color palette of muted gold and earth tones throughout the club were chosen to reflect the rest of the historic building. A hint of blue brings in the element of the sky and the Fox star can be found on both the carpeting and on the club’s main level ceiling. DCOCF worked with the designer to supply and install the custom high-end Arabesque-patterned blue, gold, and orange Axminster carpet. This was no easy feat, as the historic building is located in busy downtown Atlanta with the Marquee Club being three stories up. Due to the high-profile nature of the building, DCOCF had to work on a compressed schedule, out of sight for theatre-goers. This meant working afterhours and during the weekend in order to meet the opening day deadline. This schedule also had to intertwine with other trades working on the renovation. It was crucial to coordinate with the general contractor so the installers were not in the way of other elements and vice versa. 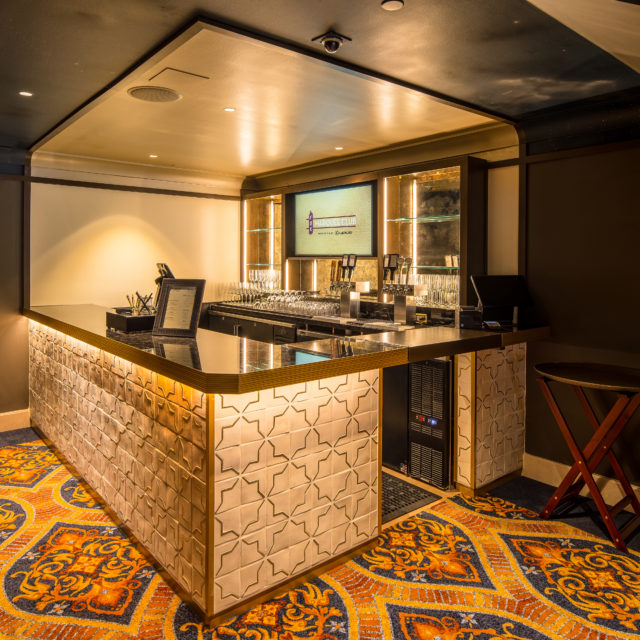 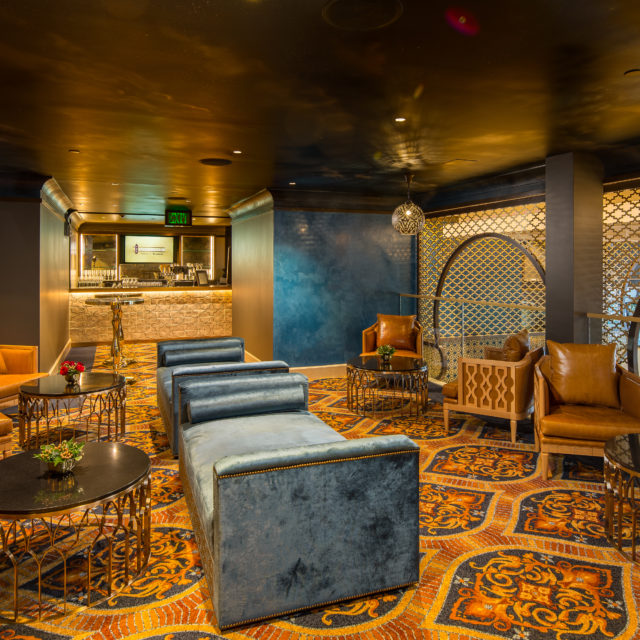 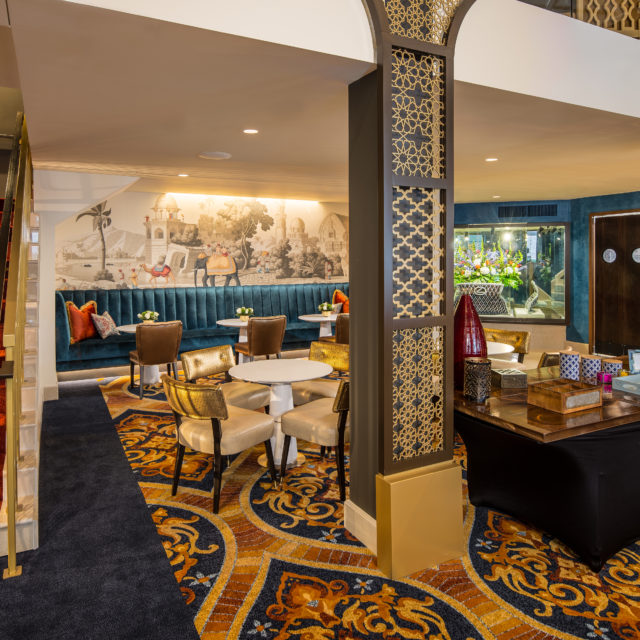 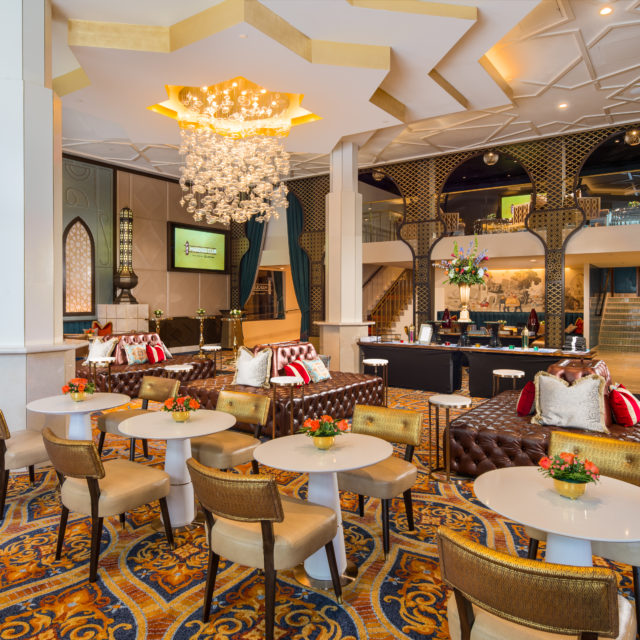 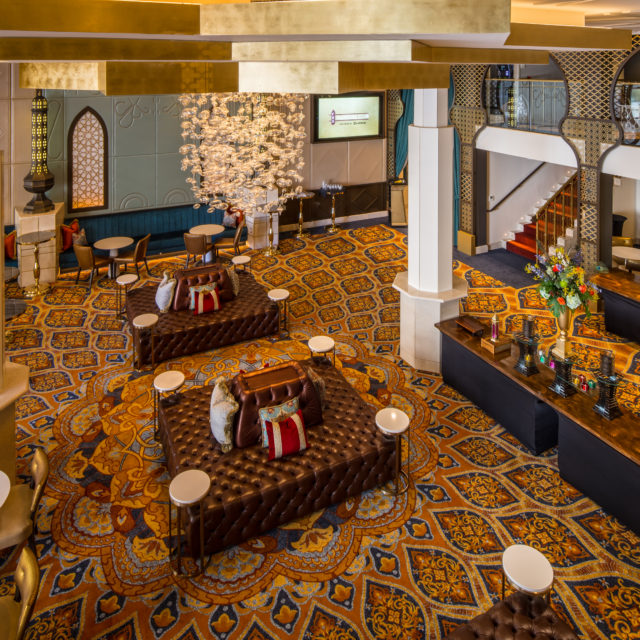 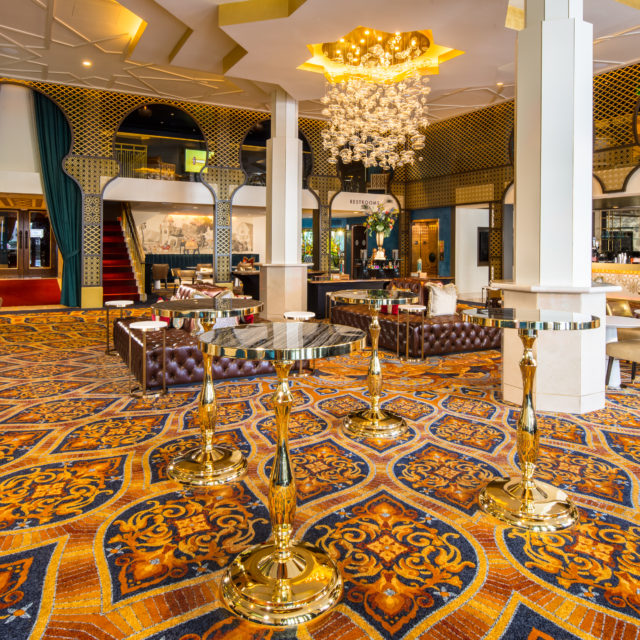