The Aurora Theater is one of the largest performing arts theaters in the state of GA. The $35 million facility includes a 500-seat theater with a large fly loft and automated orchestra pit. The theater company will also be able to host outdoor performances in its courtyard that can seat about 200 people. The Aurora Theatre will set up shop in the 59,500-square-foot building with large windows overlooking downtown Lawrenceville and the Gwinnett Historic Courthouse.

Lawrenceville paid the $35 million bill for the new facility, partly funded by 2017 SPLOST dollars. Aurora Theatre will lease the facility from the city and repay about $5 million of the expansion cost over the next five years.

The city and its partners put “blood, sweat and tears” into the creation of the new arts center, said City Manager Chuck Warbington. He expects the arts center to attract new businesses and economic development opportunities within the square and surrounding areas.

Materials used included Altroclassic 25 sheet vinyl for floors in catering and concessions, along with Altro wall panels in catering and concessions. Armstrong Rejuvenations sheet vinyl was used in the costume production shop, along with several areas of Armstrong Stonex VCT & Interface Natural Woodgrains LVT (even on the steps). We featured Florida Tile Sequence throughout the bathroom floors, showers, and walls and had a total of 1300 square yard of custom Interface Portmanteau carpet tile throughout the main theatre, lobby, upper balcony, and the surrounding areas.

To learn more about the Aurora Theater, click here. 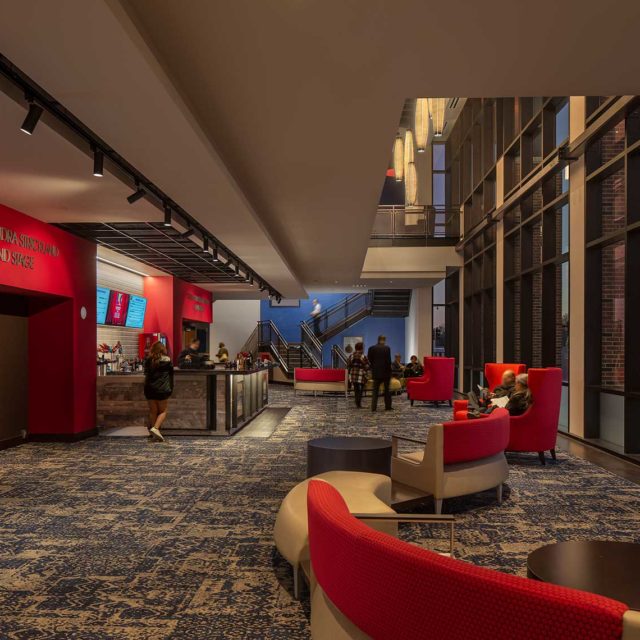 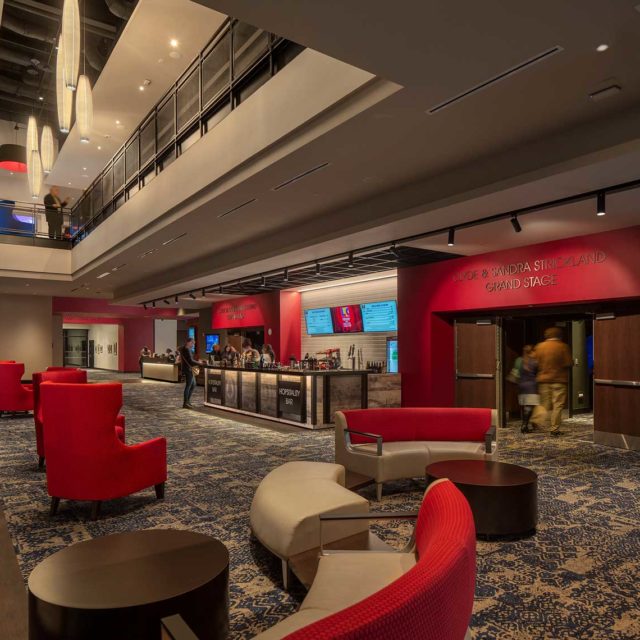 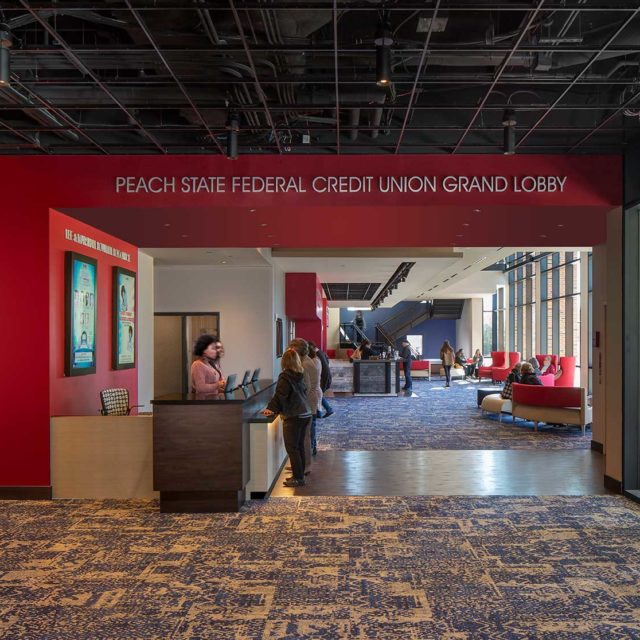 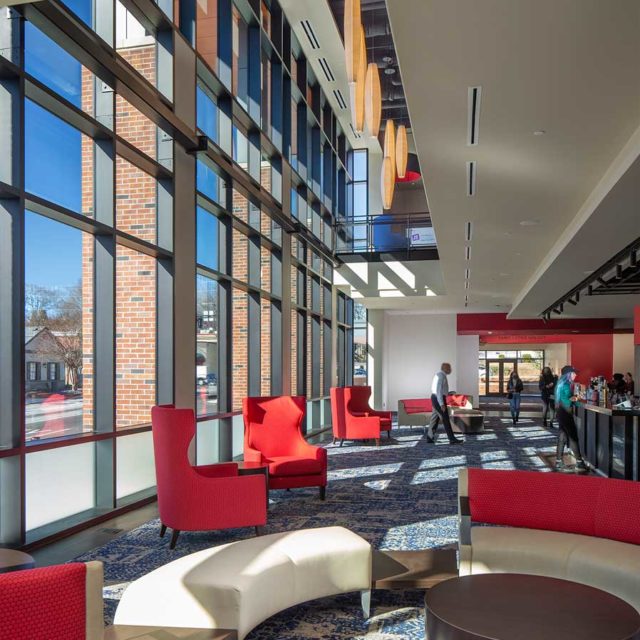 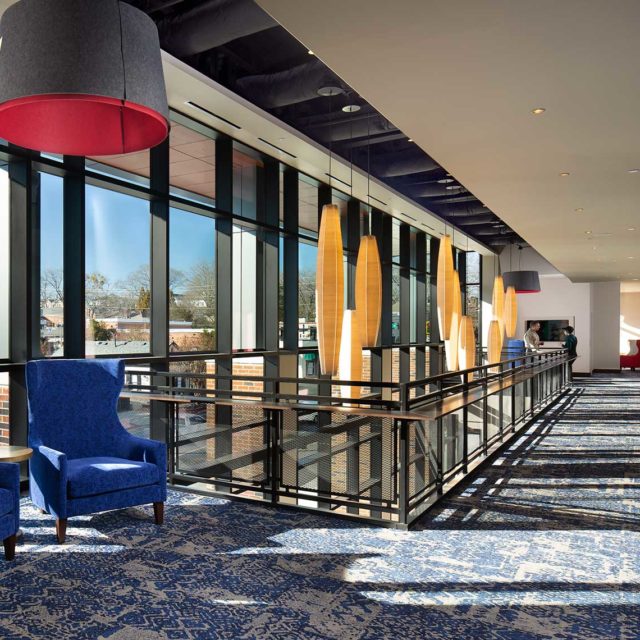 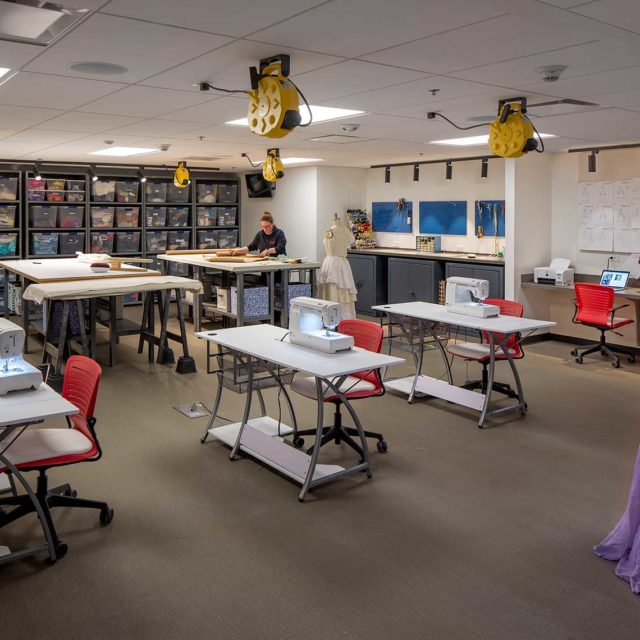 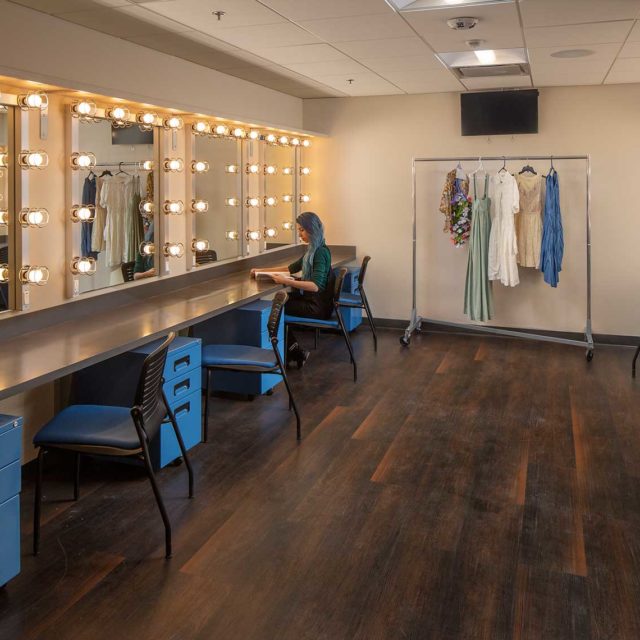